Easing the journey through life by reducing stress and tension, mentally and physically, by creating space in the body and mind, through a combination of healing modalties to live a more expansive life.

My goal is to make you feel your best so you can live your best! 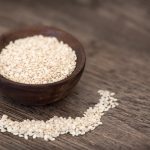 The Benefits of Massage for Arthritis

Arthritis is a word that is thrown around a lot these days. Arthritis is defined as a painful inflammation and stiffness of the joints. While arthritis is frequently thought of as an old age ailment, it can actually affect anybody, even children. This debilitating disease affects nearly 48 million Americans. It reduces a person’s ability to remain mobile, it reduces

How Massage Can Help With Postoperative Pain